What Is the Fair Labor Standard Act?

› Labor & Employment › What Is the Fair Labor Standard Act? 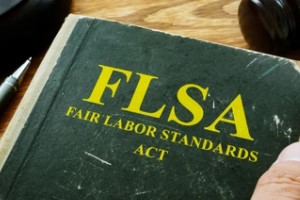 The Fair Labor Standards Act was originally set forth in 1938 as a means to initiate some protections for the work force and delineate some of their rights, especially when it came to the utilization of child labor. Although the Act has seen some changes between now and then, its core principles remain largely the same.

It outlines some of the most basic rights and expectations in the workplace, including the abolishment of child labor and the establishment of a regulated minimum wage. It governs issues such as salaried workers and the need to pay overtime depending on employee classification.

It is important for both employees and employers to understand what rights and responsibilities are included in the Fair Labor Standards Act; for employees, this knowledge helps them to understand when their rights are being violated, and for employers, it provides a basis on which they may legally structure their business operations.

The Determination Of Overtime

Overtime refers to work that is conducted in addition to the regular work schedule; full time work cannot exceed 40 hours per week without becoming overtime. Compensation for overtime is determined as an amount not less than time and one half of a worker’s regular pay that is due for every hour worked in excess of 40 per week.

The Fair Labor Standards Act includes a variety of additional provisions, discussed later, that help to safeguard the time that an employee works for the company so that the employer may not cheat its laborers out of work time.

For the purposes of determining what a 40 hour work week is, a work week is considered to be seven consecutive days, or a fixed and regularly recurring period of 168 hours. This ruling prevents employers from establishing unusual or unfair schedules that prevent employees from acquiring overtime pay despite working more than 40 hours in a week.

Exempt employees, or those who receive a salary instead of hourly compensation, are not entitled to overtime. However, they do have other protections that safeguard their rights, such as the requirement that no more than 10% of their income is based on compensation such as annual bonuses. This prevents their compensation from fluctuating significantly and becoming unreliable.

One of the most common questions is whether an employee is entitled to overtime pay when working on “unusual” or special days, and the general answer is no. Overtime pay is not required for weekends and holidays unless the work performed on those days would qualify for overtime anyway.

The fact that they are weekends or holidays has no special bearing on the FLSA rules, only the total hours worked in the week. However, companies are free to provide their own independent financial incentives for working on these days, such as holiday pay, bonuses or a boosted hourly wage for a temporary duration or certain number of hours worked. 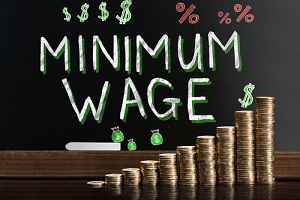 If the state’s minimum wage exceeds the federal wage, employers in the state must pay their state’s minimum wage in order to comply with their local laws. In this way, the employee will always receive the higher of the two wages. In general, the majority of employees will never be compensated at a rate lower than the minimum wage per hour.

As of July 24, 2009, the federal minimum wage is $7.25. It has remained at this rate for more than ten years, though it may be changed at any time by an act of government. Most employees are subject to minimum wage requirements and so must be paid at least $7.25 per hour for their work; however, some jobs such as servers are not required to abide by minimum wage rules in lieu of receiving tips. In these specific occupations, because the tips are meant to bring the worker up to minimum wage level, their hourly wage is permitted to be set below $7.25.

Other Considerations Included In The FLSA

When the Fair Labor Standards Act (also known as the Wages and Hours Bill) was enacted, one of the primary drivers was the economic crisis of the Great Depression, which was coming to an end around the same time; the FLSA was established in 1938, with the Depression officially ending the following year in 1939.

It is said that the Fair Labor Standards Act was originally conceived as a tool to prevent the exploitation of children after President Roosevelt encountered a child worker who asked for help. This means that the FLSA covers more than just minimum wage and overtime, though these are the most common features associated with the rule.

As per Roosevelt’s rumored encounter with child laborers that inspired him to make this change, the Fair Labor Standards Act also includes child labor requirements. One of the biggest changes that the FLSA presents is that minors were no longer permitted to work at all in most circumstances. The Fair Labor Standards Act prevents minors from being employed so as to protect their educational advancement in early life, since many working children did not also have the time or resources to attend school.

However, there are some exceptions to the working minors requirements. In general, children under the age of 14 may not be employed at all except for very niche professions, such as acting. Those between the ages of 14 and 16 may work outside of school hours in limited positions, and at age 16, minors become eligible for most types of employment except jobs considered hazardous by the Secretary of Labor.

At age 18, an individual is no longer considered a minor and may pursue any type of employment. It is important to note that minors who do acquire limited employment do not have many of the same protections and benefits as adults, such as required breaks or meal periods, as well as protection against discrimination.

In addition to its substantial child labor provisions, the FLSA also governs recordkeeping as it relates to employment, such as informing employees of their rights and maintaining payment records. This is one of the most important sections for employers to understand, because employers who fail to abide by these provisions can find themselves in legal trouble.

Employers are required to present each employee with written documentation of their rights in a format that is consistently acceptable, i.e., a document that they may review again at any time. 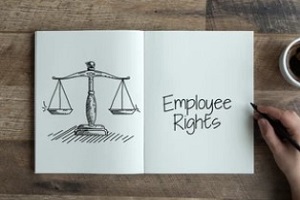 The FLSA also dictates an employee’s rights in regards to hours worked and the job’s premises. The goal of this element of the Fair Labor Standards Act is to protect employees from employers who try to circumvent their requirements by creating unique or specialized circumstances. For example, employees who are required to be on call for 24 hours are permitted to sleep; this time sleeping still counts as work time, even though the employee is not actively working.

Similarly, travel to and from the place of employment on a regular basis is not considered work time, but travel to unique or special single-day locations is calculated as work time, minus the amount of time it would typically take for the employee to commute to work. These standards prevent employers from cheating their employees out of paid hours while still reaping the benefits of their labor.

Rely On The Professionals To Advise On Employment Rights And Responsibilities

Whether you are an employer or an employee, it is important to understand the rights and responsibilities associated with proper adherence to the FLSA. Failure to comply could lead to legal and financial consequences for employers. If you violate the Fair Labor Standards Act on accident or simply remain unaware of a requirement, you may still be held responsible for the mistake.

For employees, knowledge of the Fair Labor Standards Act equips you with the knowledge to stand up for your rights if they are being violated in the workplace. If you have reason to believe that an employer is not abiding by the Fair Labor Standards Act, the Wage and Hour Division of the Department of Labor can collect information about the incident.

However, it is also wise to reach out to a legal professional. While the Department of Labor can penalize the employer for their behavior, it is often up to the employee to seek legal assistance on their own to claim damages or receive compensation for the incident.

The attorneys at KPPB LAW would be happy to assist you in understanding the complexities of the FLSA, whether you are an employer attempting to abide by the law or an employee looking for further information about your rights. Contact our team to schedule an appointment to discuss how the Fair Labor Standards Act may impact you.