What Is an Act of God Clause?

› Contract Disputes › What Is an Act of God Clause? 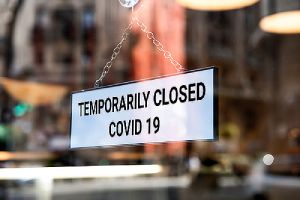 Many contracts include provisions that excuse one or both of the contracting parties from performing their contractual obligations due to the occurrence of an event that is beyond the parties’ control and makes performance impossible or nearly impossible. These provisions are “force majeure” (French for “superior force”) provisions, and they frequently enumerate an “Act of God” as one of the events that excuse contract performance. An “Act of God” for purposes of a business contract is usually an extreme weather event such as a hurricane, blizzard, flood, or similar natural event.

What “Act of God” Clauses Provide

As indicated above, the Act of God clauses excuse one or both contracting parties from performing their obligations when circumstances arise or events occur beyond their control. These circumstances render contract performance so burdensome that its performance is impractical or impossible.

Depending on the contract’s wording, an Act of God clause can relieve one or both parties from their contractual obligations either temporarily or permanently.

Examples Of Acts Of God That Often Excuse Contractual Performance

Many Acts of God clauses list specific events that constitute an Act of God for purposes of the contract. They commonly include extreme weather events but, human-caused events can also excuse performance under the broader force majeure provisions. Those events commonly include:

What Happens When The Contract Is Ambiguous As To Epidemics Like COVID-19? 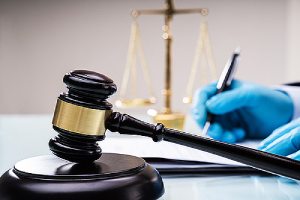 If your contract specifically includes an epidemic or health emergency as an Act of God, the court is likely to include COVID-19 as such an event.

In most cases, the courts will construe vaguenesses in favor of preserving the contract. The court will likely find a way to require performance, even if delayed or modified from the original contract terms and provide other remedies as appropriate to the non-burdened party. Where the reasonable expectation of the parties and the performance of the contract have been frustrated by circumstances beyond their control, courts should not be holding either party liable for breach of contract. However, the court is likely to order a return of funds paid for performance that was not completed.

The court’s inclination to narrowly construe Acts of God clauses means that the COVID-19 epidemic may not be an event that excuses a party from contract performance under this clause. But there may be other arguments in support of excusing performance. Performance could be excused under other force majeure provisions such as lockdowns or quarantines or, if applicable, the Uniform Commercial Code excuses parties from performing under a contract when it has been made impracticable or impossible.

In resolving a dispute, the courts will consider all the circumstances in light of the entire contract, including any liquidated damages provisions to resolve the party’s obligations.

Do “Acts of God” Automatically Excuse Performance Under A Contract?

An Act of God does not automatically excuse a party’s contract performance obligations. To invoke the Act of God provision or force majeure clause, a contracting party must be proactive and undertake the following steps:

It is important to read the contract and follow any procedures and notices required by the terms of the contract itself. Failure to do so could impair or invalidate the party’s ability to rely on the Act of God clause.

The party seeking to excuse performance based on force majeure or Act of God should check into applicable state law. State law will control the application of those contract provisions. In some states, the Act of God event must be unforeseen, and the party seeking to invoke the force majeure clause must attempt to perform its contractual duties despite the incident. However, other states do not have those additional conditions on invoking the Act of God clause. The party claiming undue burden resulting from the force majeure event will have the burden of proof. Failure to comply with those state laws could put the non-performing party in breach of contract.

Understand Whether Performance Will Be Permanently Relieved Or Simply Delayed

Depending on the contract wording and the circumstances surrounding a particular case, the Act of God clause may not provide complete, permanent relief from contract performance. It may only allow the burdened party to delay performance and only until the force majeure event is terminated. 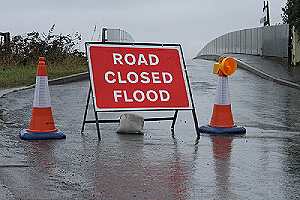 The burdened party should not simply walk away. The party has an affirmative obligation to mitigate the effects of non-performance. For example, the party may need to protect equipment from severe weather, secure premises against vandalism, provide notices to interested parties, and so forth.

Prepare To Refund Payment For The Value of Services Not Performed

In a case where the non-performing party has been paid for services not yet completed, some or all the funds will need to be returned to the other party. The contract may have language that addresses how that amount is to be determined.

Consult The Attorneys At KPPB LAW About Your Contract Questions

COVID-19 has disrupted many contractual arrangements around the country and caused significant economic damage to businesses. Protect your interests by working with experienced contract and dispute resolution attorneys at KPPB LAW. Contact KPPB LAW for help finding a practical resolution and to discuss your case.