The Statute of Limitations for a Breach of Contract 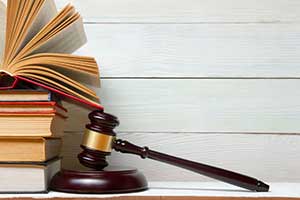 The primary purpose of any statute of limitations is to ensure resolution of a civil dispute or criminal charge within a time period deemed “reasonable” by the legislature. Fundamental fairness requires claimants to assert their claims with reasonable diligence. Otherwise, the claim can become stale and the passage of time obscures witness memories. At some point, the defendant’s ability to disprove it or reduce damages becomes unfairly impaired.

Also, different states have different statutes of limitations for the same action. For example, the parties in a contract dispute in one state may have only two years to initiate a legal action, while in another state they may have three years for the very same claim. For breach of contract actions, these time periods vary widely between the states. In some states, the time period is as low as 3 years, in others it is as many as 15 years. Most states have longer statutes of limitations for written contracts, and shorter statutes for oral contracts. In a few, the time limit is the same for all contracts, whether written or oral. 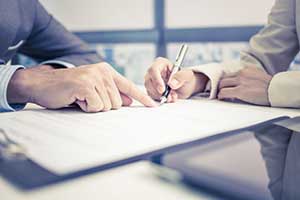 A legal action for “breach of contract” is a civil cause of action brought by one or more parties (called plaintiff) to a binding agreement, or contract, against one or more parties (called defendant) to the contract. In such a case, the plaintiffs allege that the defendants breached the contract by failing to live up to their contract obligations. The breach may be based on the defendants’ non-performance, inadequate performance, or interference with the other party’s performance.

Statute of Limitations for Breach of Contract

Not all contracts are in writing. Most states recognize the enforceability of oral contracts in limited specific situations. However, the statutes of limitations period is usually longer for written contracts than for oral contracts.

Breach of Contract Statute of Limitations in the State of Georgia

In the State of Georgia, the statutes of limitations for breaches of contracts are very specific.

For written contracts, the limitations period ends six years after the contract becomes due and payable, beginning on the date of the last payment. For oral contracts, however, the deadline for bringing a breach of contract action is only four years after the right of action accrues. 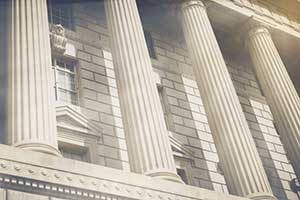 However, the limitations period depends on the type of contract in question. Other statutes apply to specific types of contracts. For example, credit cards are treated as written agreements for the statute of limitations purposes. Automobile contracts have four year statutes of limitations under the Georgia Uniform Commercial Code provisions on contracts for the sale of goods. On open accounts, the limitations period is four years. Interesting that in Georgia, a payment on the account unaccompanied by a writing acknowledging the debt, does not affect tolling the statute. In such cases, therefore, the statutory period runs from the date of default, not the date of last payment.

If you believe you have a cause of action for breach of contract, or if you think you could be sued for a breach, you should contact an experienced litigation attorney for a free consultation about your potential case. You need to act quickly. The statute of limitations period is running. If you wait too long to bring your case, the statute of limitations may bar your claim. The sooner you act to protect your claim, the more likely you are to be compensated for your damages as well as reduce further damages.

If you may be a defendant, the statute of limitations may be a viable defense against a breach of contract action.

No matter which side of the case you may find yourself, you need the help of an experienced litigation attorney to protect your rights.