What Are The 5 Elements Of Defamation?

› Labor & Employment › What Are The 5 Elements Of Defamation? 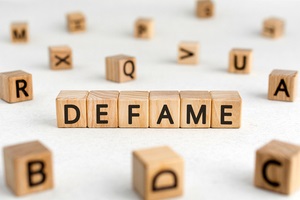 Defamation is the act of harming a person’s reputation through the use of words and is broken into two categories. When defaming words are in writing this is known as libel; if the words are spoken, this type of defamation is called slander. No matter which format the words take, the case itself can be categorized broadly as defamation.

Defamation lawsuits qualify as personal injury cases because the effects can have a long-lasting impact on the defamed person’s finances, opportunities and even emotional and physical wellbeing. It can be difficult to navigate the line between what is an individual’s right to free speech, and protecting others from defamation. Therefore, five elements must be proven in order to establish defamation and attempt to recover damages or other recompense from the party who published or spoke the harmful words.

1. Publication Of Information Is Required

In order for a statement to constitute defamation, it must be published. In other words, while someone may write something harmful or untrue about another person in a private location such as a journal, this document is not intended to be shared with the public, and therefore can not be considered defamatory. “Published” can mean any type of publicly accessible medium; libel may be printed in a magazine, and slander could be found in a television interview.

The meaning of publication will vary depending on the type of defamation that occurred. What is most important to prove is that the words reached the public in a manner that was accessible and shared.

2. The Person Being Defamed Was Identified By The Statement

The second element that is required to prove defamation is identification. The one being defamed, that is the plaintiff, must be identifiable from the statement such that it can only apply to that person. A statement that “all Hollywood actors have probably cheated on their partners” is not libel or slander because it does not identify one individual person whose reputation may be harmed.

The identified person may be addressed directly, such as by name, or indirectly, such as by a role in an organization. If there is only one CEO of a company and an individual makes a slanderous claim about the CEO of that company without mentioning a name, the target of the statement is still made clear.

As long as the person being identified is easily understood to be a specific person, the claim of defamation may continue, even if that person’s name was not directly stated. While cases in which a name is explicitly mentioned are often among the most simple, cases without express names are often still eligible to proceed to legal action.

In addition, the person being defamed may suffer mental anguish as a result of both the defamation itself and its other consequences in their life. The person who committed the defamation may be required to pay damages. If the plaintiff succeeds in their defamation case, the defendant is often ordered to monetarily compensate the affected party to remedy the damage that was inflicted by the defamation.

Common metrics used to determine how much a defamation suit is worth are lost wages, lost opportunities and medical bills. If a person was physically assaulted or sought mental health help after being defamed, the damages may include compensation for the bills incurred. If a person lost a job contract due to the defamatory allegations, their lost income or potential income may be calculated into damages as well.

3. The Remarks Had A Negative Impact On The Person’s Reputation 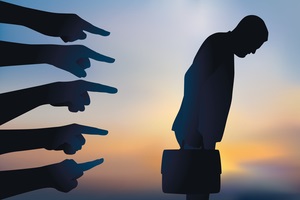 In order for words or speech to qualify as defamation, they must negatively affect how a person is perceived by the public or others with whom they interact. Telling a lie by stating that Elon Musk was born on February 28, when actually, he was born on June 28, is demonstrably false, but this statement does not negatively impact Musk’s reputation, and so, it cannot be considered defamation. Remarks that do have a negative impact, whether written or spoken, are called “defamatory” and can result in a variety of consequences for the plaintiff.

The person being defamed may, for example, lose opportunities for employment or financial security as a result of other people receiving defamatory information. The plaintiff may have trouble securing a job or keeping their current job if their employer received information that they are untrustworthy, dangerous or some other negative quality that was posited in the defamatory remarks. If someone published libel that stated that an actor was notorious for stealing money or property on set, that actor may struggle to find future work and as a result, their income stream could be compromised.

Similarly, a victim of defamation may be targeted for other types of harassment. If the public becomes aware of a statement made about an individual, they may begin to behave inappropriately to that person, through threats, action of physical violence or through other means. One of the most common types of retaliation after defamation is via online channels such as social media.

A defamed individual running a business may find their business review pages inundated with negative reviews, or a person may be subjected to a flood of private messages or tags on social media addressing their alleged behavior. This not only interferes with that person’s potential success and wellbeing but can also place them at legitimate risk of dangerous retaliation, such as assault or doxxing.

In some cases, such as defamation of character for public figures, it is also important to prove that the statement was made with intent and malice. This concept, called “actual malice,” is meant to prove that the person making the statement did so with reckless disregard for the truth or with direct knowledge that the defaming information was false but spreading it anyway. This rule was established specifically for public figures to reduce frivolous defamation cases, and it is why publications such as tabloids still exist; the burden of proof for public figures is much more rigorous.

4. The Published Information Is Demonstrably False

Defamation occurs when a false claim about someone is made. In order for a statement to constitute defamation, it must be both false and provable. Making the statement that your boss cheated on his wife is not defamatory if he did, in fact, cheat on his wife; the statement is true, regardless of whether it is uncomfortable or unprofessional.

However, if the information can be proven false, this means that one person is sharing incorrect information about another person whose life is being negatively impacted by the misinformation. However, it is important to note that a statement may be taken to mean something false and defamatory, even if it is not what was expressly stated. Defamation considers not only the exact words used but also the implied meaning: what would a regular member of the public consider to be the meaning of the statement?

The element of proving that a statement is false is one of the most challenging aspects of the legal process of a defamation case. Even if a statement is damaging to a person’s reputation and causes them loss or harm, if it is true, it does not qualify as defamation. Similarly, if a person being interviewed provided incorrect or false information that was later published, their consent to that interview releases the interviewer and publisher from claims of defamation, even if the information that is shared results in negative consequences.

5. The Defendant Is At Fault

Finally, in order for a statement to legally qualify as defamation, the person accused of defamation must actually be at fault. There are some scenarios in which a defamatory statement is not the fault of the person who originally spoke or wrote it. For example, an individual who offers a television interview who is later misquoted may not be liable for defamation. 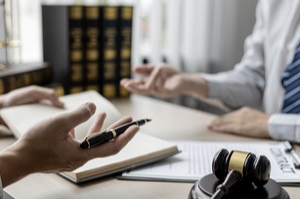 Similarly, some types of utterances or sharing are protected from claims of defamation. For example, a witness in a courtroom cannot be sued for defamation when they are speaking as a witness in a case. This is to ensure that the accuracy and truthfulness of their testimony can be preserved without fearing that they may not fully divulge information for fear of legal retaliation.
Employers are also often protected from defamation when speaking with other employers; this becomes relevant for workers whose employers do not give them a favorable reference, causing them to lose a work opportunity when the employee attempts to switch jobs.

Trust The Professionals To Assist With Defamation Lawsuits

When defamation occurs, it is important to have it addressed as soon as possible, before the information continues to spread. Information travels quickly; the further a false rumor goes, the harder it is to quash. It also becomes more difficult to mitigate the significant impacts on the intended victim(s). The experienced attorneys at KPPB LAW will help you prepare a defamation suit to protect your reputation. Contact our team to schedule an appointment.