Does The Federal Arbitration Act Apply To Employment Contracts? 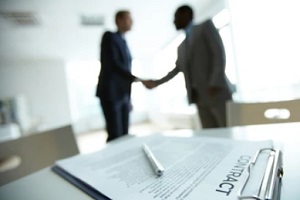 Employment contracts are just one of the many areas in which an employer must remain cognizant of the laws and regulations governing their behavior. Over time, employers have recognized the value of utilizing arbitration in the event of employee disputes rather than dedicating time and money to civil litigation. However, the Federal Arbitration Act has routinely caused questions about whether employers may include arbitration clauses in new contracts and what happens to existing employment contracts.

What Is The Federal Arbitration Act?

The Federal Arbitration Act establishes a more comprehensive and objective means of dispute resolution. Rather than settle employment disputes through the court system, arbitration allows both disputing parties to resolve their differences privately, and typically less expensively than if in a court case. In arbitration, a third-party mediator (arbitrator) hears both sides and determines the proper solution. Some arbitration mandates may allow one involved party to choose the arbitrator. This may be a source of contention as the selecting party may choose someone whose interests align with their own.

The FAA As A Statute

The FAA is a federal statute, which means that it applies in all circumstances. Congress is responsible for passing federal statutes, usually with the approval of the president. Unlike state or local laws, this legislation, because it has been passed by Congress, applies to any who are governed by U.S. law. In this way, states cannot make their own individual recommendations or laws regarding how arbitration is carried out; they must abide by the applications noted in the federal statute.

Due to its federal nature, the Federal Arbitration Act also takes precedence over any existing state laws or previous court decisions that do not favor arbitration. If an employer, or employee, desires to resolve a conflict, they may not refer to their own state law in order to avoid arbitration. Additionally, any court cases prior to 1925 no longer apply as legal precedent because those cases occurred before the passing of the FAA. Thus, the Arbitration Act works both in the future and retroactively in some circumstances.

The FAA enables arbitration to serve as a binding agreement that need not proceed to court review. Instead, arbitration is a means of resolution for contract disputes. After proper arbitration, neither party may claim that the issue has not been resolved. This change, brought about by the Federal Arbitration Act, not only deepens the laws surrounding arbitration but also helps to protect vulnerable parties who previously, upon reaching an agreement favorable to them, may have been unable to fulfill that agreement before the other party proceeded to court anyway.

Court Review Of Arbitration Is Removed 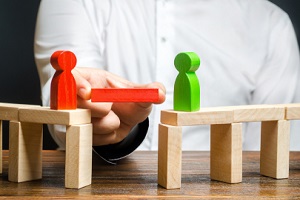 Because arbitration is now binding, cases are prevented from proceeding to court after arbitration has concluded. This reduces the burden on the judicial system and prevents one party from proceeding to litigation should the arbitration fall short of their desired outcome. This means that both parties must ensure that they seek a fair resolution through arbitration because the court will not hear a case that has already been resolved by an arbitrator.

While state courts are required to abide by the Federal Arbitration Act, it is important to note that federal courts are also bound by the act. Since the act was established by the federal government, it also applies in federal courts. Some laws may only apply in state contexts so that cases resolved at the federal level need not refer to that code. This is not the case with the FAA; seeking a higher court in order to avoid arbitration will not work.

Does The FAA Apply To Employment Contracts?

In short, yes, the Federal Arbitration Act does apply to employment contracts. When lawmakers first established the act, this was not the case; however, subsequent legislation, especially in the Supreme Court, has set a legal precedent that allows for the use of the FAA in employment disputes. Now, employer and employees are able to use arbitration in their legal differences with one another.

The deciding case for the use of the FAA in regard to employment contracts was Circuit City Stores, Inc. v. Adams, decided on March 21, 2001. The case concluded with a 5-4 decision holding that the FAA does indeed cover employment contracts, enabling businesses to include arbitration agreements in their contracts under the knowledge that the arbitration will be facilitated in a fair and objective manner.

Though the Circuit City Stores, Inc. v. Adams case allowed for arbitration in employment contracts, a similar case a year earlier, Armendariz v. Foundation Health, set forth some stipulations for viable arbitration agreements. In this case, certain provisions of the arbitration agreement between Armendariz and Foundation Health were ruled unconscionable (unreasonable). As a result, the court decided that arbitration should only be allowed if the statutory rights of the plaintiff are protected. Lawmakers have established other rules to protect both parties, particularly employees, from unjust arbitration.

Must Be Understandable To The Average Person

Sometimes, legal proceedings can be difficult to understand due to their complex nature or the actual language used. When arbitration takes place, rather than a court case, there may be less guidance available to ensure that both sides understand the terms. One stipulation regarding FAA applicable employment contracts is that the arbitration agreement must be understandable to the average person. This requirement ensures that those involved in the agreement know what they are agreeing to. 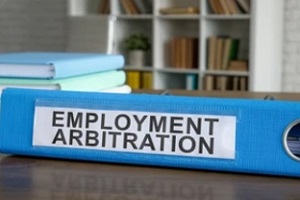 Because employment arbitration involves two parties of unequal power, sometimes employers may impose terms on the employee that are unfair. Thus, the law prevents employers from demanding that employees take on more risk or damage through the agreement than the employer does—for example, demanding employee arbitration but exempting the employer. Unless there is a good reason for favoring one side over the other, the terms of the arbitration must be equal.

Often, employers seek to limit the cost to them in the case of arbitration agreements by placing maximums on the remedies that employees may seek. This could result in an employee taking an employer to arbitration only to discover that they cannot secure sufficient damages for their case to cover their costs; in theory, an employer could write in that they will not pay more than $500 regardless of the nature of the case being brought into arbitration, even if the value of the damages is in the hundreds of thousands. Courts have historically found this practice unreasonable, so arbitration agreements now must allow for any remedy a judge could give if the same case were solved in court rather than through arbitration.

Must Allow For Sufficient Discovery

Discovery is a stage of the legal process in which both sides obtain information pertaining to the case. In employment arbitration cases, the law requires “sufficient discovery.” In other words, arbitration cannot be conducted unless all necessary information related to the case has been laid out. This protects employees from a quick dismissal of their concerns. Employers may not dismiss a case without fully collecting the necessary data themselves, and they cannot close arbitration before the employee has had sufficient time to conduct their own discovery and compile details.

Must Provide Arbitrator’s Decision In Writing

Finally, the arbitrator must record their decision in writing. This prevents either party from misunderstanding or from falsely claiming a decision that did not occur. If any further issues arise regarding the arbitration agreement, a written record allows for a simpler solution than a verbal agreement. This also ensures that, should conflict arise, the arbitrator’s exact ruling is preserved and able to be reviewed in cases of alleged bias.

Exceptions To The Supreme Court Ruling

The only exception currently present in the Supreme Court’s ruling in favor of the Federal Arbitration Act is toward transportation employees. More specifically, employees who are in “contracts of employment” engaging in interstate or international commerce are exempted from the FAA arbitration decision.

This is likely due to the challenge of enforcing the act across borders, but further changes may occur to this exception at any time. This is why it is important to remain in touch with a legal professional who specializes in employment law to remain aware of the ever changing developments in the field and how they can affect you, whether you are an employer or an employee. 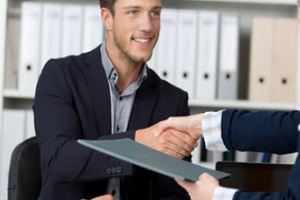 Whether you are researching the FAA for the first time, or are drafting an employment contract that includes arbitration, be sure to work with a legal professional to ensure that your contract is comprehensive and enforceable. Otherwise, you may open yourself up to the potential for financial or legal repercussions that you did not anticipate.

The attorneys at KPPB LAW would be happy to help you navigate employment contracts to ensure that they are crafted in accordance with the law. Contact our office to learn more about the many ways in which we can contribute to your case, or to schedule a consultation with a legal professional to discuss your arbitration and employment law concerns.