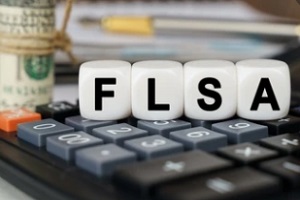 The FLSA, or Fair Labor Standards Act, establishes rules governing how people are employed and compensated. Most employees are hourly workers, also referred to as “non-exempt” workers. However, some types of work qualify an employee to be “exempt,” or paid on a salary or fee basis. Here is a closer look at computer professional exemption.

Computer professionals are one such niche of workers who may qualify to be exempt. However, the act of working with computers as part of the job does not necessarily qualify an employee to be categorized as exempt; rather, the FLSA also sets forth separate requirements that are to make up a significant portion of the job in order for the employee to qualify.

What The FLSA Says About Exemptions

The Fair Labor Standards Act differentiates the rights of exempt employees from non-exempt employees; one of the primary differences being that exempt employees are not eligible for overtime. Non-exempt employees, which make up the majority of employed people in the United States, are compensated hourly, receiving at least time and a half of their original pay amount for those hours worked in excess of 40 hours per week.

By contrast, exempt employees are paid a salary rather than being compensated based upon the number of hours they work. This means that they receive a fixed sum at a fixed duration, which is often biweekly. Any vacation days or hours worked in excess of 40 per week do not impact their rate of compensation, nor does alternative income such as end of year bonuses, nondiscretionary incentives or commissions.

The FLSA allows for up to 10% of an employee’s compensation to be derived from bonuses, incentives or commission as long as the standard 90% is paid at the regular pay intervals. The 10% does not represent a cap on bonus income; it is the maximum portion of the salary allowed to be paid outside of the standard pay.

In order to qualify as an exempt employee, you must demonstrate that your position meets the FLSA salary requirements and rules about duties performed. Those earning minimum wage, for example, are not eligible for that wage to be converted to salary; similarly, using computers as part of the job is not solely sufficient to qualify as exempt. Instead, performance of a certain subset of duties as detailed in the Fair Labor Standards Act must be specific to the position.

Which Duties Constitute A Computer Professional 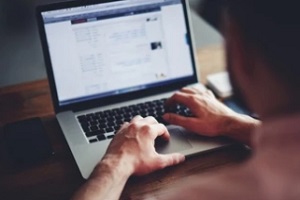 It is important to note that for a professional worker to qualify for an exemption, it is not necessary that they perform each of the FLSA’s listed computer-related duties. However, they must still demonstrably execute at least one of these tasks as their main role within a company. Performing the role once is not sufficient to qualify.

One of the more common qualifiers that demonstrate eligibility for a computer professional exemption is to regularly perform system analysis to make informed decisions about software or hardware choices. This type of analysis exceeds doing research on the proper software or hardware for a company and extends into actively creating or modifying such programs to suit the individual needs of the company.

An exempt computer professional may also design, develop, test, analyze or modify computer programs. This is typically a standard programmer role, though it need not be titles as such within the company structure. The ability to actively change and revise a working computer program demonstrates the level of professional knowledge required in the computer sciences field to qualify for the FLSA exemption.

Other qualifiers may be to design, test, create or modify operating systems. These tasks are similar to the FLSA provision for creating and modifying computer programs; however, this area focuses specifically on operating systems. To engage the debug menu upon computer startup or operate a computer in safe mode is insufficient demonstration of skill with operating systems and does not fulfill the requirements of this exemption category.

Performing either one of these tasks primarily, or a conglomeration of multiple computer science competencies together, as the largest portion of an individual’s job may qualify that person to be an exempt computer professional.

In addition to the rules to qualify as an exempt employee, the FLSA sets forth minimum compensation rules which have been established for computer professionals and other high-level employees to ensure they are paid fairly. 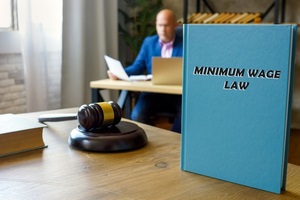 All exempt employees must be paid a minimum of $455 per week; if converting the employee’s payment to the hourly scale, the rate may not fall below $27.63 per hour. While this exact rate is not required, compensation for an exempt employee may not fall below this number. These guidelines prevent companies from underpaying their salaried employees, or making their compensation structure unfair such as by withholding all pay until the end of the year and then disbursing the full amount at once.

Computer professionals often work on a single project for weeks or months at a time, as a result, the FLSA has allowed the option for such employees to be paid on a fee basis instead. The term “fee basis” refers to a lump sum for a single project.

Working a lump sum job does not allow pay to be withheld for months at a time; the fee received for their work must still compensate the employee at a rate of $455 per week for the time worked, as delineated in the exempt employee requirements within the FLSA. The fee may not undercompensate the worker; this may occur if, for example, a project is quoted at a certain fixed rate, and then the project takes significantly longer than expected.

If this fixed rate, stretched over the amount of time worked, does not meet the FLSA’s minimum payment value requirement, the company must increase the worker’s compensation until they are receiving a minimum of the standard $455 per week. This prevents companies from continuing to extend a fixed price project to get free or low-cost work from a skilled professional.

Computer professionals are relatively newer employees due to the advancements in technology that have occurred over the previous 20 years. The novelty of this category can lead to areas of confusion regarding compliance with the Fair Labor Standards Act. Multiple legal precedents have been set during this time to further guide businesses to properly compensate computer professionals in the workplace.

Cruz v. Lawson Software Inc. is one such example; in this case, the court determined that writing computer code is an important element in determining whether an employee is exempt as a computer professional. This case helped to establish the difference between a computer professional whose primary task is advanced computer work versus another employee who, while performing the majority of office tasks on a computer all day and making important decisions about which hardware or software to purchase for the company, does not demonstrate a sufficient level of advanced knowledge. 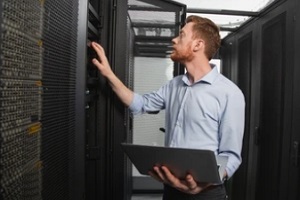 Similarly, the case of Grills v. Hewlett-Packard Co. further expanded upon the level of expertise and advanced knowledge necessary to qualify as an exempt computer professional in the workplace. This case found that employees who are able to resolve an issue by a phone call are less likely to be found qualified for exemption; issues at the level of an exempt caliber are expected to take weeks or longer to resolve.

This furthered conversation regarding the fee structure for computer professionals who dedicated extended periods of time for a single project. Similarly, it clarifies that again, although individuals, such as technical support employees, may work on computers throughout the workday and may even demonstrate deep knowledge of aspects such as operating systems, their role is not at an advanced level qualifying for an exemption and salaried position.

As technology continues to advance and computers or other electronic media become more useful and pertinent in the workplace, the FLSA and other legal elements will likely continue to evolve and adapt to maintain the rights of workers. For this reason, many employers employ or contract a legal professional skilled in this area ensuring any questions, changes or misunderstandings will be addressed quickly.

An Attorney Can Help You Understand Your Employment Rights And Responsibilities