What Is The Uniform Commercial Code?

› Business › What Is The Uniform Commercial Code?

Description and Purpose of the Uniform Commercial Code 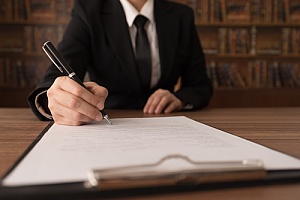 The Uniform Commercial Code (the “UCC”) originally was created by two national nongovernmental legal organizations: The National Conference of Commissioners on Uniform State Laws (NCCUSL) and the American Law Institute (ALI). Members of both organizations consist of lawyers, law professors, and judges. The UCC is not itself the law. It is a recommendation by respected, well-informed, and experienced experts of the laws that should be adopted in the states. It is up to each state to adopt the model law, in whole or in part, or with amendments most suited for the business practices established in that state as determined by each state’s legislature.

One of the primary purposes of the UCC is to facilitate predictability and efficiency in business transactions by making the laws governing business activities consistent across the United States. In the words of the UCC itself, the Code is intended “to simplify, clarify and modernize” commercial law, “to permit the continued expansion of commercial practices,” and “to make uniform the law among the various jurisdictions.”

Most states ratified the UCC in the 1950s, with amendments tailoring the Code to better suit the existing state laws and business norms. Since the original draft of the UCC, all states have adopted the UCC in its entirety or nearly so.

The NCCUSL and ALI each have established an editorial board which has issued a number of official comments and other published papers. Neither the UCC nor the editorial board’s commentaries have the force of law, courts often rely on the commentary to help decide cases dealing with a particular UCC provision. When interpreting the UCC, courts usually try to harmonize their decisions with those of other states as to the same or a similar UCC provision.

Over the years since it was first adopted, the UCC has gone through updates and revisions to address changes in the way business transactions are conducted and ambiguities in the law. For example, the UCC became state law in most states before the advent of electronic commerce. Since that time, the use of electronic transactions has exploded. That has required multiple amendments to the UCC because the transformation from paper-based systems to electronic signatures and electronic payments caused significant changes in payment processing.

Overview of the UCC

The UCC is divided into nine different categories, called “articles”. Each article covers one of the nine different aspects of commercial transactions. They are: 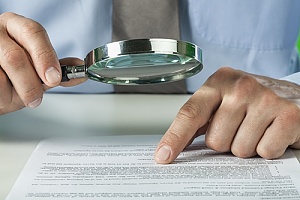 Article 1 sets out definitions of terms and general principles that apply to every article of the UCC.

Article 2 covers the sale of goods between merchants or between a merchant and a consumer. Article 2 establishes the standards of conduct for merchants engaging in sales contracts. It defines “goods” as any tangible item that can be moved and thus excludes services, non-tangible securities, and real property. It covers common situations in contracts for the sale of goods, such as what to do about missing terms in a contract, such as a quantity, price, or product description. It also addresses problems with offers and acceptances of contract terms, modifications of sales contracts, and other issue areas that commonly arise in contracts for the sales of goods.

Article 4 addresses the liability of a bank for action or non-action with respect to an item (such as a personal check or a bank draft) handled by it for purposes of presentment, payment, or collection.

Article 5 provides model laws on letters of credit. Letters of credit are promises by a bank or some other party to pay the purchases of a buyer without delay and without reference to the buyer’s financial solvency.

Article 6 covers bulk transfers, usually bulk sales auctions and liquidations of assets. When buyers seek to buy the major portion of the inventory of certain types of businesses, Article 6 requires that such buyers notify creditors of the seller of the inventory so that creditors can take steps to see that the seller pays outstanding debts upon receipt of payment from the buyer. 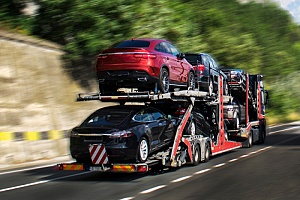 Article 7 applies to the relationships between buyers and sellers and any transporters of goods, called carriers. Article 7 covers the issuance and transfer of warehouse receipts and bills of lading. A bill of lading is a document showing that the carrier has delivered an item to a buyer.

Article 8 contains rules on the issuance and transfer of stocks, bonds, and other investment securities.

Article 9, entitled “Secured Transactions”, covers security interests in property. A security interest is a partial or total claim to a piece of property, known as “collateral”, given by the owner to a creditor to secure the owner’s performance of a debt. Article 9 prescribes when and how a valid security interest in the owner’s property (other than real property) is created and sets out the rights of the secured creditor to repossess the property if the owner defaults. Article 9 also establishes the priority of competing creditors trying to collect from a defaulting debtor.

Contact KPPB LAW for Advice on Your Business or Consumer Transaction

Understanding the UCC provisions that apply to your transaction is important for protecting your interests. Before you commit to a commercial transaction, seek the advice of the experienced business lawyers at KPPB LAW. Whether you are a buyer or seller, a borrower or lender, the lawyers at KPPB LAW can guide you and help protect yourself and your business against loss.