What Is Needed For A Construction Delay Claim? 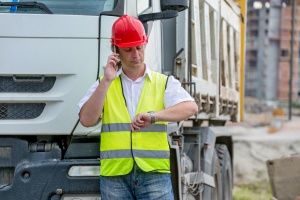 Building a residential or a commercial structure is a considerable undertaking that requires coordinating with a wide range of experts and tradespeople. The process follows a progression– meaning one task must typically be completed before another may begin. Accordingly, construction delays are entirely foreseeable. What happens when a delay is not foreseeable? Who is responsible for the costs of a delay? How does one party protect itself against unreasonable delays? What is a construction delay claim?

As indicated above, construction delays are common. As such, they also are common sources of disputes between contractors and owners. But not every setback is actionable. Thus, contractors and owners should understand what kind of delays are serious enough to support a claim for damages against the other party and what defenses will defeat a claim for delay.
The construction contract should detail the parties’ rights and obligations regarding delays. In most cases, the viability of a construction delay claim will follow fairly well-established protocols.

First Step Is To Classify The Delay Claim

1. Delay Is Critical or Noncritical.

2. Delay Is Excusable of Non-Excusable. 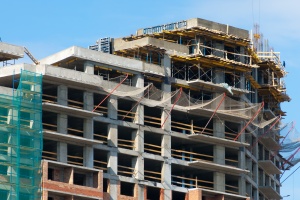 An excusable delay is a delay that extends the completion date when the delay is beyond the contractor’s control. Uncontrollable delays happen in every project and are usually specified in the construction contract. A common example of an excusable delay is weather events that fall under what is known as the force majeure, or “Act of God” clause. A significant snowstorm or flooding, tornado, or even a terrorist attack is considered an excusable delay under most contract’s force majeure clause. Other common excusable delays are those caused by errors or omissions in the building plans or delays that were caused by government permitting backups in inspection schedules, or changes requested by the project owner/client.

For an inexcusable delay where the contractor is solely at fault, the delay will usually be non-compensable. In such cases, the contractor will likely face liability for any costs or damages incurred by the project owner/client resulting from the delay.

What are the Possible Results from Classifying a Claim?

Once the claim is classified, it can result in one party owing some form of compensation to the other party. It is important to protect yourself by getting help from experienced construction law counsel to evaluate your situation thoroughly.

For owner-caused delays or excusable delays, a contractor may have
a viable claim against the owner/client. The remedies for the claim can include
payments to cover expenses incurred due to the delay. For example, the contractor’s claim could seek amounts necessary to cover extra project management and supervisory expenses, loss of use, rents, additional insurance costs, construction loan interest for the delay period, and other costs.

For contractor-caused inexcusable delays, an owner/client may
have a claim against the contractor for supervision costs, trailer rental, the cost of the use of temporary facilities, utilities, equipment, additional labor and materials costs, and similar costs resulting from the delay.

Defenses to the Delay Claim 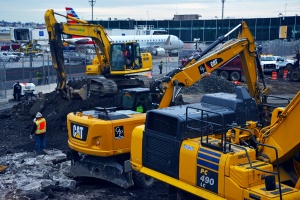 Once the claim is classified, it is important to evaluate other facts relevant to the delay. Those factors are often the basis of a defense to a parties’ liability and can affect the viability of a claim. The factors to consider include:
Contract Language
The contract may impose limits on either party’s liability for delays. Such contract provisions may or may not be enforceable in your jurisdiction, and often enforceability depends on the contract language itself.
The contract may require the parties to provide notice before a claim is viable. Or it may contain a “time is of the essence” clause, which makes delays less tolerable.
Negligence in the Face of a Foreseeable Event
If a delay is foreseeable, the parties have an obligation to take reasonable steps to prevent it or mitigate damages. For example, failing to secure property in the face of an imminent flood event could make the contractor liable for delays due to damage caused by that failure to act.
Multiple Events Occur Concurrently
Where multiple events occur at the same time, the parties can find it challenging to determine who is at fault for the ultimate delay and the amount of loss attributable to each party. Sometimes the best course of action is to share the loss due to the delay.
Nexus Between the Delay and the Damages
The party asserting a construction delay claim must be able to show that damage was the actual and direct result of the delay.

Contact KPPB LAW For Help With Your Construction Delay Claim

The cost associated with construction delays can quickly add up. Apportioning responsibility becomes challenging, especially with large, complex construction projects. Get help with your construction delay issue from the experienced construction attorneys at KPPB LAW. With their expertise at your side, you will know that your interests are protected. Contact KPPB LAW today to discuss your case.