What Is A Breach Of Contract?

You are here: Home / Contract Disputes / What Is A Breach Of Contract? 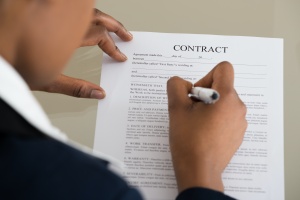 How Breaches Of Contract Occur

If the claimant successfully proves a valid contract and the occurrence of a breach, the non-breaching party may recover damages for the breach.

Not all contract breaches are the same. The nature of the breach can impact the type of damages the claimant can seek. The law recognizes different types of contract breaches. They include:

An anticipatory breach, also called repudiation, occurs when one party indicates that the party will not perform its contractual obligations through words or actions. For example, one contracting party may tell the other contracting party, “I will not be able to pay you for the cleaning services you provided,” or “I cannot deliver the lumber I agreed to deliver.” 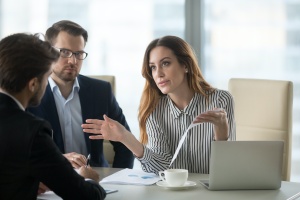 An actual breach of contract refers to a breach where a party’s failure to perform has occurred and is not anticipatory. For example, an actual breach in a business transaction can occur when a party fails to meet contracted performance standards or deadlines.

A breach of contract is material if it causes harm to one of the contracting parties, though such a breach can hurt both parties when it makes completing the contract performance difficult or impossible.

A material breach occurs when there is a significant failure of performance under the contract. Breaches of contract are material when there is little or no chance that the breaching party can rectify the situation by providing replacement in value or performance or acting in bad faith. For example, a material breach would occur if a business paid a property owner to rent office space but was then told that there was no available space for them or the office was not up to the standards advertised.

A minor breach of contract—also referred to as an immaterial or partial breach—is less severe than a material breach. A minor breach occurs when one party to the contract fails to fulfill a contract term and that term has only a negligible effect on the agreement. For example, a one or two day delay in delivery may be a minor breach, depending on the circumstances, and provided that the contract did not note that it was a time-sensitive matter. Such a minor or non-material breach usually does not prevent the contract from being fulfilled.

Damages For Breach Of Contract

Expectation damages compensate the non-breaching party for the
loss of future income, or the amount that the innocent party reasonably anticipated under the contract had it not been breached. This is a different type of damage award than damages based on an actual, concrete and definite loss. 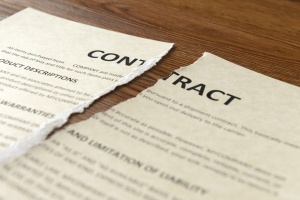 A common provision in many business contracts is a clause called the liquidated damages clause. This is a predetermined and agreed-upon amount of damages or a method of calculating damages that one or both parties will pay in the event of a breach. These provisions are frequently included when damages are difficult to foresee, and an estimate for potential damages is necessary.

These clauses must be reasonable pre-estimates of probable loss. They can not be used to penalize the other party. Some contracts include penalty clauses for that purpose, which may help dissuade parties from a breach. Unlike liquidated damages clauses, penalty clauses are often not enforceable. The reason is that liquidated damages are considered actual damages that have been agreed upon by the contracting parties resulting from a breach. They are in the nature of compensation, rather than punitive.

However, a party can not use a liquidated damages clause to set the other party up for failure and demand damages.

If you or your business is involved in a contract dispute, you should speak with an attorney who is experienced in contract disputes and the options for resolving them. Working with an expert in contracts can save you a lot of time and money. Speak with the Litigation and Dispute Resolution attorneys at KPPB LAW about your case today.