What Does the Equal Employment Opportunity Commission Do?

› Labor & Employment › What Does the Equal Employment Opportunity Commission Do?

Employers faced more than 91,000 discrimination charges in 2016. These complaints were filed with the U.S. Equal Employment Opportunity Commission, or EEOC. As an employer, it’s your responsibility to know and understand how to handle EEOC investigations so that you can better resolve grievances before they end up in court. Most businesses with at least 15 employees are covered by EEOC laws, except for age discrimination cases, which require a minimum of 20 employees. Most employment agencies and labor unions are also covered. Federal laws apply to all work situations, such as hiring, firing, harassment, wages, training, and benefits.

What Is the EEOC? 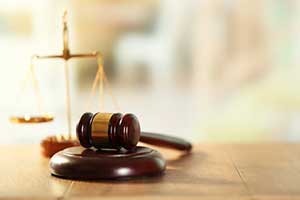 The U.S. Equal Employment Opportunity Commission is a federal agency that has the task of enforcing civil rights laws that make it a crime to discriminate against a job applicant or employee due to the person’s sex (including sexual orientation, gender identity, and pregnancy), color, race, religion, age (40 or older), national origin, or disability. Created by the Civil Rights Act of 1964 (Title VII), the EEOC’s main purpose is to interpret and enforce the federal laws that prohibit discrimination in the workplace. To achieve this, the EEOC investigates charges, holds hearings, and attempts to mediate settlements.

What Laws Does the EEOC Enforce?

What Does the EEOC Do? 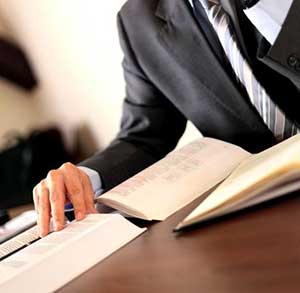 As an agency responsible for interpreting and enforcing civil laws, the EEOC has several key responsibilities. Investigating EEOC complaints is one such responsibility that helps reduce the occurrence of discrimination charges. The EEOC has the authority to fairly and accurately assess any allegation in the charge to determine a proper finding. If the agency finds that some form of discrimination has occurred, they will attempt to settle the charge. If the EEOC is not successful in settling a charge, they have the authority to file a lawsuit to protect the rights of individuals and the public. However, lawsuits do not occur with all EEOC complaints.

The EEOC also tries to prevent discrimination before it occurs through education, outreach, and technical assistance programs. To deter EEOC complaints in the workplace, federal agencies are granted leadership and guidance on all aspects of the equal employment opportunity program. If a federal government employee wishes to complain about discrimination, retaliation, or harassment, they must first file a complaint with the EEO office in that employee’s own agency. The EEOC also issues guidance on specific issues in the workplace, such as applying the ADA with employees who have mental disabilities or using criminal records in the hiring process.

How Are Complaints Handled?

It’s important to know what to expect after EEOC complaints. When a complaint is filed against a business by a current or former employee, the EEOC will send a notification to the employer within a 10 day period. Having a charge against you does not automatically determine a finding that your business is engaged in any type of discrimination. Once an investigation is performed, the agency can then determine if there is reasonable cause to believe that discrimination has occurred. In many cases, the EEOC can determine whether a case is eligible for meditation from early on.

Throughout the investigation, the EEOC may ask the charging party and business to provide certain information. The agency investigator will then use this information to make a recommendation as to whether there is reasonable cause to believe that any form of unlawful discrimination has occurred. Meditation and settlement are both voluntary resolutions that both parties must agree to if that course is taken. Once the investigator has completed the investigation, the EEOC will make a determination and inform both parties. Depending on this determination, there can be several possible outcomes of EEOC complaints, including employment litigation.

If the EEOC is unable to determine if there is reasonable cause to believe that there has been some form of discrimination, the charging party is then issued a Dismissal and Notice of Rights. The employer will also receive a copy of this notice. In short, this notice informs the charging party that he or she has the right to file a lawsuit in federal court within 90 days. If the EEOC does find reasonable cause to believe that discrimination has occurred, however, both parties are issued a Letter of Determination. This letter invites both parties to resolve the charge through conciliation with the agency. If a charge is not resolved, the EEOC may decide to file a lawsuit in federal court to enforce the violations. If the agency decides not to undergo litigation, the charging party will receive a Notice of Right to Sue and will have 90 days to file a discrimination lawsuit in court.

The Role of the EEOC

The EEOC plays a critical role in enforcing federal regulations regarding equality for job applicants and employees in the workplace. As an employer, it’s important to learn how to properly handle EEOC complaints to prevent lawsuits against your business. For more information or to determine how to best handle a discrimination case that has occurred in your business, contact an experienced employment attorney.