In the State of Georgia, as in most states, anyone who proposes to build a residential or commercial structure must understand and comply with the myriad of federal, state, and local laws that cover any piece of the construction project. These laws have evolved through the years to become the patchwork that construction law is today in Georgia. This article describes some highlights in the evolution of the Georgia laws and illustrates why it is prudent to retain the assistance of counsel to ensure full compliance and avoid costly legal risks associated with non-compliance. 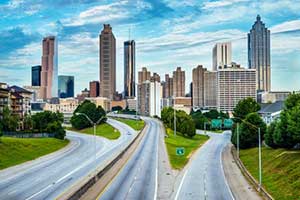 Modern construction codes find their roots in laws originating hundreds of years ago. Usually they were part of an attempt to protect public health and safety. Ensuring the stability of structures, preventing fires and their spread, and promoting good drainage were the common focus of these early efforts. As time passed, new standards were adopted in piecemeal fashion, frequently in response to political upheavals or tragic accidents. That continues to be the case today. As the codes and statutes continue to evolve, they weave in modifications to basic common law concepts pertaining to fraud, breach of contract, and remedies.

Until fairly recently, construction disputes in Georgia were resolved by applying common law doctrines of economic loss, economic waste, and negligence, or Georgia’s product liability statutes, breach of contract, and negligence. That began to change at the end of the 20th century during a profound building boom rife with fraud, shoddy building practices, and contract breaches on the part of contractors as well as the owners. The State of Georgia responded to the frenzy with three pieces of legislation designed to curb some of that fraud and abuse.

1) State Licensing Board for Residential and General Contractors

In 2004, the Georgia legislature established the State Licensing Board for Residential and General Contractors. It was not implemented until 2008, when under the auspices of the Secretary of State, the Board began enforcing state standards and licensing requirements for anyone building a home or doing repairs to it. Certain exemptions apply to specified specialty occupations and trades (however, those exempt contractors still have to comply with local city and county requirements). Under the Board’s rules, homebuilders must provide a written warranty to the owner prior to starting work on any structure valued more than $2,500. The warranty must conform to the Licensing Board’s specific requirements.

Disputes with building contractors related to building homes were becoming all too common. In another attempt to reduce construction-related litigation in 2004, the Georgia legislature enacted the Right to Repair Act of 2004. If dispute is based on a claim of a defect in the construction, the builder’s warranty may provide a relatively simple remedy, and the Right to Repair Act may provide another opportunity to resolve it without going to court. To properly assert and preserve a claim under the Act, however, the claimant must follow the Act’s detailed procedures. The claimant must provide the contractor with a written notice of the claim before bringing legal action against them. The contractor has thirty days to answer. If the contractor fails to respond, or if the contractor’s proposed resolution is inadequate, the claimant may then file a lawsuit. The Act may limit the claimant’s remedy if the claimant rejected a reasonable offer by the contractor.

A significant legislative development in construction law occurred in 2005 with the enactment of the Georgia Tort Reform Act. Though it was not targeted at the construction industry, the Act had a major impact on litigation concerning breach of contract liability, negligence, fraud, and breach of warranties in construction. The Act also abolished joint and several liability, affected claimants’ ability to recover damages, and significantly affected settlement negotiations in construction disputes.

The International Construction Codes in Georgia 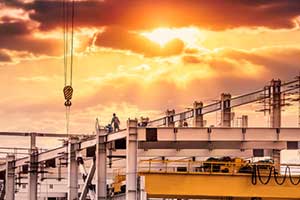 Under Georgia’s Uniform Codes Act, the state mandates that contractors and new construction adhere to certain codes and standards established by the International Code Council (ICC). These are developed based on the protection of public health, safety, and welfare. They encourage the use of the latest technology and engineering in construction but attempt to allow flexibility on the part of the engineers, designers, architects, and code officials. In Georgia, all construction must comply with the following codes, as modified by the Georgia legislature, whether or not the codes are locally enforced:

Despite the seeming cross-jurisdictional uniformity in these building codes, the Georgia legislature has tailored them to address concerns observed through administering them. For example, the International Building Code was amended in 2014, 2015, and 2017. The 2014 amendment prescribed specific provisions for building, altering, replacing, repairing, and enlarging buildings in Georgia. The 2015 amendment changed the acceptable rafter span for common lumber species. The 2017 amendment required elevator machine rooms to have fire barriers that meet specified fire-resistance ratings.

Special Considerations Involving the Financing and Construction of Public Facilities

Working on public construction projects in the State of Georgia presents additional challenges, especially in the financing arena. Why is that the case? As the population in the cities and towns of 1950’s-era Georgia grew, the issue of financing the construction of public structures came to a head over the need for new schools. Efforts to build schools and other public projects were hindered by article VII, § IV, VIII of the Georgia Constitution, which restricts the state’s ability to incur debt. To solve this problem, the state created special public corporations, such as the State University Building Authority and the State School Building Authority (now combined under the Georgia Education Authority), with authority to issue bonds to finance school construction. Through these Authorities, the state leased the facilities to the Georgia Department of Education and the Board of Regents. The State of Georgia used the rental income to retire the bonds. Using this same strategy, the state established other Authorities to finance construction of many other public facilities such as hospitals and penal institutions.

In 1972, the Georgia legislature adopted a constitutional amendment that made it easier for the state to take on debt and use tax revenues to retire it. The state also created a new entity, the Georgia State Financing & Investment Commission (GSFIC) to finance and oversee state-funded projects. Many of the early financing and construction policies adopted by GSFIC serve as the foundation for those used today.

Years later, changes were made to the way public construction projects are financed in Georgia. In 1996, the Georgia Legislature established the Budgetary Responsibility Oversight Committee (BROC) to study the capital outlay process in Georgia. BROC found that many facilities built by the state were over-budget and were taking longer to build than they had originally planned. Also, many owners reported problems with the construction. To address these problems, BROC made a number of recommendations still in use by the Georgia legislature, such as deadlines in the appropriations bills for use of capital outlay funds and centralized funding for state construction projects.

Compliance with Georgia’s construction laws can be challenging. Keeping up with the seemingly byzantine patchwork of oversight authorities, statutes, and codes covering every step of the process is costly and frustrating. Yet contractors must do their best to comply with them or be haunted by more costly delays and disputes throughout their project. They also have to make sure their subcontractors are properly licensed and are themselves complying with applicable codes.

If you are a contractor and have questions about any aspect of construction law or are looking for representation, contact us at KPPB LAW. We can answer your questions and help you through any legal issues you may be facing in your project. We will be there with you from beginning to end.