How the “Accredited Investor” Status Definition May Change

› Private Funds › How the “Accredited Investor” Status Definition May Change 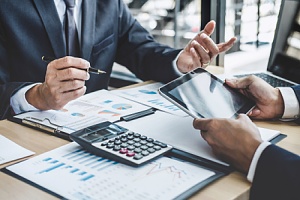 SEC Proposes Amendments that May Impact Investors from Underrepresented Communities.
The Securities and Exchange Commission (SEC) has created the accreditation rule to protect investors. The hope behind the distinction, at least in the SEC’s mind, is that an accredited investor would be savvy (i.e., wealthy or financially sound) enough to withstand a significant loss if they invest in a non-profitable venture. The strict conditions for net worth, professional expertise, and income are in place to protect investors who may lack the necessary cash reserves to weather large losses. Less experienced investors, in the view of the SEC, may be in over their heads, especially since these private investment offerings often have high minimum amounts.

The SEC’s plan to reconsider who is eligible to invest in startups’ privately held share offerings is stirring questions about equity and diversity. The SEC’s most recent regulatory agenda includes a planned proposal to redefine “Accredited Investor” status, potentially restricting the pool of investors who can participate in certain types of private offerings to boost investor protection. That policy direction could limit opportunities for investors from underrepresented communities which will in-turn “weed out” a potential investor base that needs more access to these opportunities.

“The inclusion of more people also pushes economic development, ingenuity, returns for a group of people who’ve been historically financially locked out of the ability to buy homes, locked out to levels of loans and access to capital,” said Shelly Bell, founder and CEO of nonprofit crowdfunding organization Black Girl Ventures, who spoke at an SEC meeting in early 2022. The SEC has considered the issue in the past, but only to make modest tweaks. The SEC is expected to pick it up again in April with a request for public comment on changing the definition of accredited investors who can participate in privately held, “unregistered” share offerings of at least $10 million, according to the agency’s fall 2021 regulatory agenda. The SEC’s Small Business Capital Formation Advisory Committee recommended at the end of a Feb. 10 meeting that the commission expand the definition to address diversity, equity and inclusion in capital markets and avoid exacerbating the wealth gap.

To qualify as “Accredited Investor” today, a person currently must have at least $200,000 in personal income, or $300,000 of combined incomes, over the past two years, with the expectation of the same (or higher) income in the current year. Anyone with a net worth of more than $1 million jointly, excluding the value of their home, also qualify.

About 15% of U.S. households qualified as accredited investors in 2020, according to the SEC. In 2020, the agency added some financial industry qualifications, such as serving as brokers or executives or directors of companies issuing unregistered securities. The issue has resurfaced as private offerings continue to outpace SEC-registered public offerings. In 2019, private offering investment totaled $2.7 trillion, dwarfing the $1.2 trillion invested in registered offerings, according to SEC data released last year. 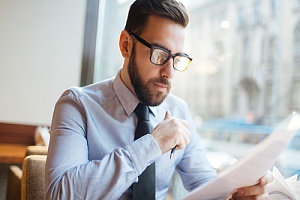 As it stands, the “Accredited Investor” qualification is a deciding qualification for access to private securities offerings, especially for both 506b and 506c of Regulation D (which is the crowdfunding iteration). Reg D is especially important for start-up companies as it has been utilized by nearly every successful U.S. tech company to raise funds from investors. This is a specific approach to organizing a deal so that it is compliant with securities laws (presumed to comply if the specific rules are followed).

The SEC issued new guidelines last fall for “exempt offerings,” which allow companies to obtain cash by selling securities. This security exemption is the most common way for potential private companies to obtain essential development funding. The market is massive, with more than $1 trillion in annual revenue, and it is a significant source of capital formation. But, when the SEC meets to finalize the definition for accredited investors, they will also be locking down the metrics for exempt offerings as well.

These revisions don’t address a major problem for early-stage companies complying with securities requirements in the “friends and family” round. Ultimately, these alterations to the definition of an accredited investor do not alter the criteria in such a way that entrepreneurs can now accept investment from their non-accredited friends and family members without difficulty. But these revisions would certainly shrink the number of investors that would be able to participate in private deals which could make it harder for startups and private real estate deals to find non-institutional sources of funding.

SEC’s “Lever” for a Safer Marketplace

The SEC hasn’t clearly indicated which direction it would head in redefining accredited investors or whether it would raise the dollar thresholds for eligibility. But SEC Chairman Gary Gensler has emphasized regulatory changes that generally aim to enhance investor protection and disclosure. He has said that looking at the “Accredited Investor” definition is one more lever that the SEC is looking at for a safer marketplace. Increasing the minimum asset requirements, “really would exclude a large number of people, but probably have a smaller impact on the actual amount of money available” to startups, Gensler added.

That’s because the bulk of private offering investments comes from private equity and venture capital firms and other financial firms that qualify. Still, such an asset-requirement increase raises questions about equity and inclusion for communities that historically have faced barriers to participating in capital markets, Gensler said. A startup founder who wants to raise capital from underrepresented communities might feel “more constrained” if the SEC’s new definition limits such investors’ access, he said.

More Opportunities for Investors of Color 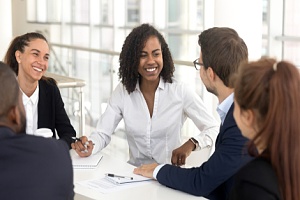 Investors of color are eager for the SEC to expand their opportunities to invest in early-stage companies. “Financial sophistication needs to be questioned if the current rule that describes that level of financial sophistication makes sense only for a small pool of people,” said Sherry Bell. She was one of the witnesses at the February 10, 2021, advisory committee meeting who advocated for expanding the accredited investor definition. Bell said she founded Black Girl Ventures after learning that Black women were starting companies at six times the national average, but receiving less than 1% of venture capital.

The SEC’s current rules prevent her from investing in the companies she identified and helped grow, Bell said. The SEC advisory committee also recommended adding investment experience, membership in an organized angel investment group, particular types of professional degrees, and community leadership as credentials that would qualify an individual as an accredited investor.

In addition, the committee reiterated its 2019 recommendations that the asset or income thresholds are not raised, and that the SEC consider periodically indexing the thresholds to inflation.

But major consumer protection and fraud concerns could arise if more people are allowed to invest in companies that aren’t subject to the SEC’s rigorous disclosure requirements for publicly traded companies. The SEC is more likely to raise the financial threshold requirements to be considered an accredited investor than to lower or expand the definition, said Todd Phillips, director of financial regulatory and corporate governance at the Center for American Progress. The purpose of the definition “is not to say you don’t need information,” he said. “It’s to say, ‘we trust you to be savvy enough that you can negotiate disclosures yourself without having the SEC’s protection behind you.’”

Instead, expanding disclosure requirements to more companies would be a better way to broaden the pool of investors to include those who’ve traditionally been excluded from securities markets, Phillips said. Otherwise, the SEC risks simply expanding the pool of people who can be sold risky investments without the appropriate disclosures, he said.

If you are an investor or private fund advisor interested in understanding the implications of the SEC proposed changes to the accredited investor definition, contact Raj Mahale, private fund and capital markets attorney and partner with KPPB LAW in New York City.

Since 2003, KPPB LAW has served as a legal partner for small- to mid-size companies and guided them through a wide range of business matters, transactions, and disputes. KPPB LAW is certified as a Minority Business Enterprise by the National Minority Supplier Development Council (NMSDC), AV rated by Martindale Hubbell a member of the National Association of Minority and Women Owned Law Firms. Find more information about KPPB LAW at kppblaw.com.