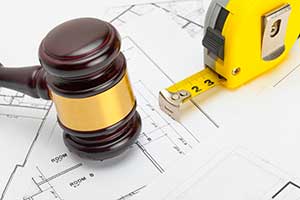 With each new session of state and local government, new groups of lobbyists and government officials strive to modernize or change Georgia construction laws. Every month, dozens of bills filter through local, state, and federal Houses of Representatives, and for any business owner or manager, keeping abreast of all the proposed and signed legislative action can be impossible.

Working with professionals who understand the top developments in Georgia construction law is one way to gain a consolidated understanding of current and proposed change to the law, saving the business owner or manager both time and money.

When it comes to Georgia construction law, much of the ways cases and liabilities are tried and adjudicated has been influenced by the builder warranty process, in which a builder must provide a written warranty to a homeowner. Georgia law has also been altered by tort law, or group lawsuits against one defendant—and the reform of tort practices. In 2005, the Georgia Tort Reform Act passed provisions that dictate specific factors in which a construction law claim can be brought in front of a court. Also, other provisions abolishing joint liability made important changes to claimants under construction law in how they recover damages.

In 2016, the Third Circuit Court held a ruling that stated the American Institute of Architects (AIA) Document A201’s Arbitration Clause applies only to disputes during construction—not after.

The American Institute of Architects (AIA) Document A201 is a document used as a general conditions document for building construction projects in which all parties agree to the general conditions. The AIA Document A201 provides a definition of labor and authority as well as processes for establishing and enforcing guidelines for the project. Since the document is an industry standard and is recognizable to a wide variety of participants in construction projects, all parties involved use it as an understood baseline agreement which can then be changed. 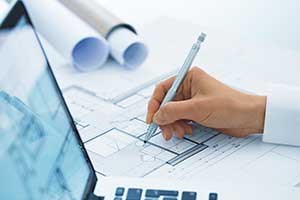 In 2016-2017, the U.S. Department of Labor’s Occupational Safety and Health Administration (OSHA) is putting a strong focus on cutting regulation and illegal employment without failing safety checks. While the federal government uses rhetoric involving cutting regulation and removing illegal labor from the workforce, OSHA has increased its fines for the violation of its rules by construction companies due to inadequate safety measures. Regular audits by Immigration and Customs Enforcement show many construction companies continue to hire undocumented or foreign-born workers, many of whom suffer injuries at a higher rate than those from the United States. In cases where these workers are not hired legally, Immigration and Customs Enforcement is more likely to enforce checkups, financial penalties, and deportation this year to address these concerns.

An indemnity provision is a legally binding statement (often found in documents such as the AIA Document A201) that allow one party to pay for what the other party might otherwise be legally required to pay. In general, indemnity provisions are contractual, and contract rules concerning them apply.

In June 2016, Georgia law effectively made indemnity agreements in contracts with engineering and architectural firms or land surveying services void and unenforceable, except for in situations involving damages resulting from negligence, recklessness, or intentionally wrongful conduct of the firm, service, its employees, and contractors.

With each new session of state and local government, new groups of lobbyists and government officials strive to modernize or change Georgia construction laws. From changes to the American Institute of Architects (AIA) Document A201’s Arbitration Clause, to more activity from ICE and OSHA, to changes in indemnity provisions, much of the ways cases and liabilities are tried and adjudicated has been influenced by changes to the state or federal statutes.

Working with professionals who understand the top developments in Georgia construction law is one way to gain a consolidated understanding of current and proposed changed to the law, saving the business owner or manager both time and money. Whether a builder or home owner, knowing Georgia’s construction law and the builder warranty process, is a complex process. Having experts to help move through the noise and get to the crux of the legality of a situation is a value for anyone on the Georgia construction law spectrum.