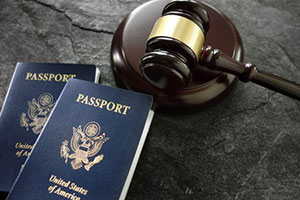 The H-1B visa is a work visa authorized under the Immigration and Nationality Act, section 101(a)(15)(H). It is a temporary issued for the specific purpose of allowing United States employers to employ foreign workers in “specialty occupations” for a set period of time. “Specialty occupation” is defined as a position that requires theoretical and practical application of a body of highly specialized knowledge (such as biotechnology, chemistry, architecture, engineering, mathematics, physical sciences, social sciences, medicine and health, education, law, accounting, business specialties, theology, and the arts), and the position requires a bachelor’s degree or its equivalent as a minimum (with the exception of fashion models, who must be “of distinguished merit and ability”).

To be H-1B visa eligible, the foreign worker must possess at least a bachelor’s degree or its equivalent and state licensure, if a state license is required to practice in the occupation. An H-1B visa authorization is strictly limited to employment by the sponsoring employer. Once that employment terminates, the visa expires.

A significant benefit of the H-1B visa is that visa holders can bring their immediate family members (spouse and children under 21) to the United States as dependents under the H-4 visa category.

The law imposes a limit on an H-1B visa holder’s maximum length of stay. Note however that the foreign worker has no obligation to remain on the job for any minimum length of time.

The maximum length of stay under an H-1B visa generally is three years, which is extendable to six years, with a few exceptions for certain visa holders. Those exceptions apply to any H-1B visa holder who:

Comparison to Other Visas

An H-1B visa is not the only work visa available to foreign workers and their United States employers. You should work with an experienced immigration attorney to help you determine which type of visa is best suited for your needs.

Here is a quick comparison guide showing how an H-1B visa compares to other types of work visas.

The important differences between H-1B and L-1 visas include:

Under the Immigration Act of 1990, no more than 65,000 foreign nationals may be issued a visa or otherwise provided H-1B status each fiscal year. The exceptions to this maximum include:

Due to these exemptions and roll-overs, the number of H-1B visas issued each year is significantly more than the 65,000 cap. The cap is reached almost immediately after the petition period opens. For example, the United States Customs and Immigration Service (USCIS) accepted H-1B Petitions for Fiscal Year 2018 starting from April 3rd, 2017 until April 7th. The H-1B cap was reached on April 7th, 2017.

For Fiscal Year 2019, USCIS will start accepting applications on April 2, 2018, for visas that count against fiscal year 2019 starting in October. The earliest work start date will be October 1, 2018. USCIS accepts H-1B visa applications no more than 6 months in advance of the requested start date.

Important to Get Legal Help

If you are a foreign worker who is planning to apply for an H-1B visa or any other kind of visa, now is the time to consult with an experienced immigration attorney. The attorney will help you select the visa program that best meets your specific needs and improve your chances of success without unnecessary cost and delays.

Employers seeking to bring foreign workers to the United States should get legal assistance as well. Employers need to make sure they understand their rights and obligations in connection with their foreign workers. Doing it right at the outset with the assistance of a reputable immigration attorney will save you time and money in the long run. 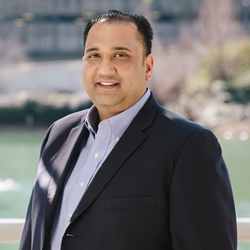 Beeraj Patel represents clients in a wide range of immigration matters. Beeraj's philosophy is to make it easy for talented and ambitious individuals to have access to immigration materials so that they can make the choice which is right for them.