Catastrophic personal injury litigation may put your business at a significantly greater risk than standard personal injury claims, in that the damages may be extremely speculative and open to debate. The plaintiff will often attempt to establish enormous damages by presenting the worst case scenario in terms of lifetime care expenses. In addition, victims of catastrophic injury typically make sympathetic plaintiffs, in that the extent of their injuries give rise to great sympathy.

Successful defense of such claims requires not just a seasoned catastrophic injury defense lawyer, but also access to skilled experts with the right credentials to establish a more realistic projection.

What is Catastrophic Personal Injury?

A catastrophic personal injury can arise from nearly any type of accident or incident. Some common examples include construction accidents, bus crashes, and toxic chemical exposures. There is no specific legal definition of “catastrophic injury,” but the term is generally accepted to refer to significant injuries resulting in long-term or permanent disability or disfigurement. For example:

Generally, these injuries result in ongoing needs, such as:

The plaintiff in a catastrophic injury case will often be unable to return to his or her prior line of work, or may be unable to work at all, further increasing the claimed economic damages. Determining the likelihood that the plaintiff will be able to return to work, any limitations on that ability, and the need for rehabilitation or accommodation to make gainful employment possible is another matter for qualified experts. Typically, the medical and economic assessments are more complex and require more specialized experts than the average personal injury case.

Many U.S. states have statutes designed to prevent juries from awarding exorbitant damages in certain types of cases, such as medical malpractice and product liability cases. However, in a catastrophic injury case, those limitations may not provide much protection to the defendant, because the caps often apply only to non-economic damages. Quantifiable costs, such as lost income, medical expenses, and other necessary expenses associated with the injury and associated limitations are classified as economic damages. The alleged economic damages in this type of case may be extremely large, but are usually not subject to statutory limitations.

Get Advice from a Catastrophic Injury Defense Attorney Right Away

It is common for catastrophic injury cases to be filed months after the event, or even a year or more later. There are many reasons the case may not be filed right away, including the fact that the plaintiff has not recovered sufficiently to attend to seek legal advice. Even when the plaintiff has retained an attorney, that attorney may hold off on making contact with the potential defendant or defendants until a clearer picture emerges of the extent of the injuries, the ongoing medical care required, and the potential for the plaintiff to return to some sort of gainful employment.

Whatever the reason, you cannot afford to get complacent simply because you have not heard anything from the injured party or an attorney. As soon as you are aware that someone has suffered a catastrophic injury that could arguably be attributable to your company, seek legal advice. Putting off retaining an attorney until a lawsuit has been filed can be costly, in that:

The Experienced Catastrophic Personal Injury Litigators at KPPB Can Help

Our goal is always to use our extensive skills and experience to achieve the best possible outcome for your organization. Contact KPPB LAW for more information. 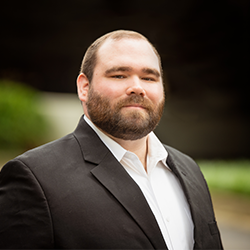