The Two Types Of Non-Competition Agreements 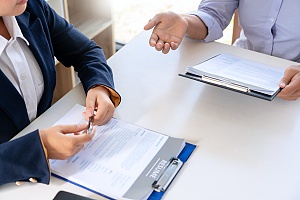 When an employee leaves your company for a position with a competitor, you should consider what kind of proprietary information about your business that the employee can divulge. Disclosing your business secrets can potentially undermine your business and give your competition an advantage. What can you do? You can take steps to protect your business by negotiating a non-compete agreement with the employee.

One kind of non-competition agreement is a contract between an employer and an employee where the employee agrees not to work for competitors of the employer for a certain amount of time after the employer/employee relationship ends.

Another type of non-competition agreement is one that is frequently used by employers to protect their business secrets. It prohibits the employee from disclosing certain business information about the former employer.

To draft an enforceable non-compete agreement of either kind, make sure you get the assistance of an experienced Labor and Employment attorney. You may think you can save money on legal fees by using a non-competetion agreement template that you find online, but you run the risk that it will not be enforceable in your state. Non-compete agreements, especially those restricting the former employee’s ability to find new employment, are not readily accepted in all states and in all courts.

State law on non-compete agreements varies considerably from state to state. To be valid and enforceable, the agreement needs to satisfy the criteria established by the laws of the applicable state to be valid and enforceable. Which state law(s) apply depends on many factors in a given situation, though usually, the law where the employee actually works is the law that applies. The non-compete agreement needs to satisfy the laws of the state where the employee works, even if the company is located in another state, and even where agreement is not enforceable in the state where the company is located.

What A Non-Competition Agreement Usually Covers

As noted above, the operative provisions of a typical non-compete agreement include:

Work With An Experienced Labor And Employment Attorney 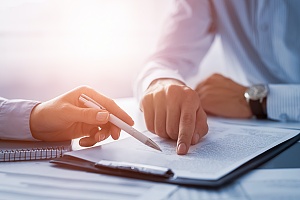 An attorney can draft an agreement that complies with applicable state law and does not deprive the employee of the ability to make a decent living. If you already have non-compete agreements in use, have the attorney review them, identify any potential problem areas, and take steps to remedy them where feasible.

Time Of Signing The Agreement Is Important

Consider The Laws Of Multiple States

The laws of the state of the employer and the state where the employee is located both matters for enforceability. If either state prohibits the provisions of your non-compete agreement, the court is more likely to find your agreement unenforceable. When in doubt about which law applies, comply with the laws of the state that are most unfavorable for employers and thus most hesitant to enforce these agreements.

Be Ready To Prove Your Case

If a dispute arises and ends up in court, the employer will have the burden of proving that any restriction on the employee is reasonable and necessary to protect against unfair competition. In some cases, the court will enforce the agreement but modify the restrictions to conform only to what the employer can prove is necessary to prevent an unfair advantage on the part of any new employer.

Use Non-Compete Agreements Only When Necessary

Non-compete agreements may be appropriate for departing senior employees, such as business executives, partners, or company officers who actually had access to trade secrets. Courts are not as likely to be sympathetic to an employer who requires all its employees to sign non-compete agreements. 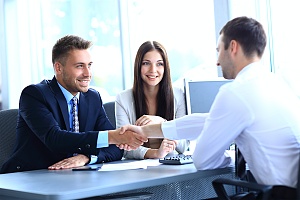 Consult With An Experienced Labor And Employment Attorney For Help