Protecting Your Business Against Whistleblower Actions

Both the federal government and many states have enacted legislation intended to protect employees who bring to light violations of the law or actions that are against public policy. The Occupational Safety and Health Administration (OSHA) takes complaints from employees who allege that employers have retaliated against them for reporting violations under 22 different federal statutes. Some common examples of whistleblower actions include reporting violations of environmental regulations, worker safety laws, food safety laws, and securities law.

The goal of whistleblower protection laws is to encourage employees to come forward when they might otherwise hesitate to do so out of fear of retaliation in the form of termination, loss of status and other negative treatment in the workplace.

The First Line of Defense Against Whistleblower Actions

Whistleblower actions arise when an employee claims to have been fired or otherwise penalized for having reported certain types of illegal or non-compliant activities within the company. Thus, the first and most obvious step toward preventing such actions is to build a solid foundation with strong compliance policies, thorough training and excellent recordkeeping.

Working with an experienced business lawyer to ensure that your company is compliant with state and federal laws, particularly those that impact health, safety, and the public interest, provides the first layer of insulation against whistleblower suits.

When an Employee Lodges a Complaint or Report

Of course, mistakes happen–whether on the part of businesses and employees. That means that even the most scrupulous of businesses sometimes fall victim to employee complaints or allegations of non-compliance. When a complaint has been lodged, the business has two legal issues to manage: the underlying allegation and the proper handling of the employee who has made the complaint or report.

When faced with a government investigation, it is easy for management to get focused on that issue and to act to protect the company without thinking about additional ramifications such as whistleblower statutes or other retaliation suits. In that situation, the assistance of an experienced labor and employment lawyer can be invaluable both to address the current situation and to prevent further escalation where possible.

Federal whistleblower statutes generally prohibit employers from taking “retaliatory” actions against employees who have engaged in protected behavior. Retaliatory actions may include such steps as terminating the employee, demoting the employee, refusing a promotion or raise, unfavorable reassignment to a different shift or location, and a variety of other actions. In most cases, the best course of action will be to continue to treat the employee exactly the same as before the report or complaint and seek legal advice immediately.

One area that is subject to interpretation is exactly what type of actions by an employee are protected under federal whistleblower statutes. While some situations, such as a direct report to a governing agency under a specific statute, will be very clear, others may appear to fall into a gray area. Again, it is generally in the best interests of your business to err on the side of assuming that the action is protected until you can consult with an employment lawyer.

In addition to federal whistleblower protections, many states have their own statutes aimed at ensuring that employees feel safe coming forward when they have evidence of illegal or unsafe activities within the organization. Some of these statutes offer broader protections than the federal statutes, so it is important that you get advice on both state and federal law before taking any action.

Since whistleblower protections exist in numerous different federal statutes, there are variations in the process that may make it difficult for an employer to be confident of the status of any potential complaint. For example, an employee may have 30, 60, 90, or 180 days from the alleged retaliation to file a complaint with OSHA, depending on the underlying statute.

And, of course, those four possible timelines relate only to federal claims; the employee may have a longer or shorter time period in which to assert state claims.

Get Legal Advice Regarding Whistleblower Actions

You do not want to wait until you have made a misstep and are facing a whistleblower action to get help. As soon as you are aware that an employee may have made a report or complaint, consult an experienced labor and employment attorney before taking any action with regard to the employee. Contact KPPB LAW for more information. 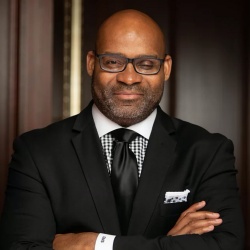