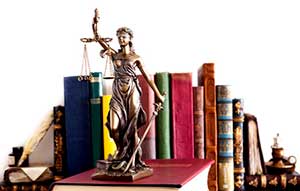 Chapter 11 costs more than any other bankruptcy case, generally speaking, because the cases are longer and more complex. Small businesses in chapter 11 comply with rules that streamline the case and thus lower the costs for them as compared to larger business entities. Individuals with complex estates may find chapter 11 relief worth the extra expense. For some individuals with assets and liabilities valued over the chapter 13 maximum, chapter 11 is their only option for restructuring debt other than liquidation.

In ancient times, debtors who could not pay their debts were put to death or forced into debt slavery, often for life. Thankfully, American bankruptcy is based on the traditions that evolved in England which evolved to give debtors a fresh start if they relinquished most of their assets to their creditors. Still, bankrupt debtors were viewed as not much better than common criminals. In the United States, the Constitution vested Congress with authority to legislate bankruptcy laws. Initially, American bankruptcy proceedings were involuntary and only available to traders.

Chapter 11 is a relatively modern development in American bankruptcy proceedings. It is rooted in 19th-century railroad receiverships. In the 1840’s, railroad company insolvencies were handled by what was then known as “Federal equity receiverships”. These receiverships were processed in courts of equity, separate from bankruptcy proceedings. Courts of equity handled these receivership proceedings because the public had a significant interest in railroads, thus their insolvencies were managed in a manner that was in the best interests of the creditors, the debtor, and the public. Those concepts were considered equitable in nature, rather than strictly legal in the traditional sense. 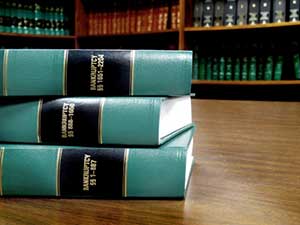 If a railroad were to be sold, it would be sold as a going concern, and not liquidated in piecemeal fashion. These railroad proceedings often involved a takeover by another railroad and a newly reorganized railroad company. In 1874, the law expanded to permit other business entities to reorganize, but that law was repealed seven years later in 1881. From that point until the 1930’s, only railroads were allowed to reorganize because of their special, quasi-public character. All other financially troubled business entities had to liquidate.

In the early 1930’s, the Federal government eliminated the distinction between courts of equity and courts of law. During the same time period, the economic crash of 1929-1931 was causing severe hardship on businesses. Bankruptcy losses were over $3 billion from 1925 to about 1930, a huge sum in those days. The average recovery by creditors was only 8%. Congress had to develop a new bankruptcy law that would support business reorganization rather than fire sale liquidations.

The political climate favored various economic reforms but disputes over how to accomplish it delayed the final passage. In dramatic fashion, on the last day of his administration in 1933, President Hoover signed a new Bankruptcy Act into law. It included limited financial reorganization for certain debtors.

Finally, in 1934, the Corporate Reorganizations Act was signed into law, which permitted certain corporate and municipal reorganizations. Immediately upon passage, thousands of corporations filed to reorganize under the new law. A few years later, amendments to the Bankruptcy Act included special chapter 11 provisions for smaller corporations to reorganize. The Securities and Exchange Commission administered bankruptcy cases. Then, in 1978, major reforms to the Bankruptcy Act expanded the authority of bankruptcy courts and permitted corporations of any size to seek chapter 11 relief in bankruptcy court.

Brief Overview of a Chapter 11 Proceeding

The experience of the railroad receiverships is reflected in chapter 11 reorganization proceedings. It is based on the principle that a going concern is better for creditors and for the economy than liquidation in chapter 7 bankruptcy. The chapter 11 proceeding is designed to give debtors reasonable opportunities to reorganize while protecting the interests of the creditors. That goal is illustrated by the following summary of important chapter 11 provisions:

Chapter 11 proceedings are tricky and can be quite complicated. If you are contemplating filing for bankruptcy relief, whether chapter 11 or other form of relief, you should consult an attorney experienced in those cases. Filing bankruptcy is a significant step and you need the help of a qualified bankruptcy and workouts attorney to fully protect your interests.